Although benzodiazepines are generally viewed as safe and effective for short-term use, long-term use can easily lead to physical dependence, and withdrawal is notoriously difficult and unpleasant.

It can sometimes be difficult to accept that we can develop an addiction to medication prescribed to us by a doctor. However, it is possible and you are not alone!

A group of medications which have been used since the 1960s to treat:

They replaced the barbiturates which had been commonly prescribed for 50 years up to the 1950s, but which were addictive and very dangerous in overdose.

How do they work?

They boost the effectiveness of a substance in the brain – called GABA (Gabba Amino Butyric Acid). This is a neurotransmitter – a chemical which is used in the brain to control the passage of messages from one cell to another. GABA has a generally calming effect in the human brain.

Yes. Around 4 in every 10 people who take them every day for more than 6 weeks will become addicted. The signs are that you:

Benzodiazepine withdrawal is notoriously difficult and very unpleasant.  Along with alcohol, it is one of the most difficult and dangerous drugs to withdraw from.  Many do not understand that stopping abruptly or reducing too quickly, when there is a physical dependence, can lead to seizures and death. Symptoms can last from a few days to several months, even after stopping.  The intensity and length of withdrawal symptoms will depend on: 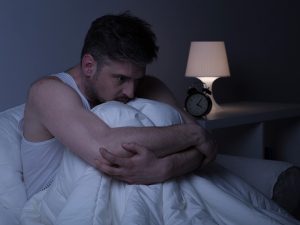 Due to the severity of benzodiazepine withdrawal symptoms, if you feel you are addicted, it is inadvisable to attempt to detox by yourself.

New Leaf is a rehab centre based in Birmingham offering expert clinical support and a safe environment for those with addictions such as a benzodiazepine addiction.

If after reading this information you are concerned for yourself, a friend or family member, please contact us today to start the recovery process.

“Rehab at New Leaf was totally different to what I expected – in a good way. It is a very homely and loving environment and I feel physically and emotionally better since my stay”

“The New Leaf treatment programme tested me in ways I have never been tested before – mainly in being honest – firstly with myself and then with others around me."