Codeine can be a highly addictive substance and provides the user with an overall sense of calm and feeling of pleasure.  Although most individuals use codeine for legitimate medical purposes, prolonged use over time can lead to addiction and the need for rehab. This is not uncommon.  After any lengthy use, an individual develops a tolerance for this substance and feels the need to take more and more of the drug in order to feel the effects.

New Leaf Recovery is a rehabilitation centre based in Birmingham, offering addiction treatment services to those with codeine addictions. 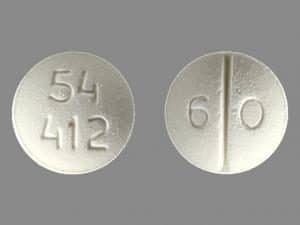 Codeine is an opiate drug, used to treat mild to moderate pain. It is available either from doctors as a prescription-only medicine or, directly from a pharmacy combined in lower doses with aspirin, ibuprofen or paracetamol. It is used to treat pain that does not respond to simple painkillers. Someone who takes the combination painkillers containing codeine at higher than recommended doses in order to get a stronger codeine effect can easily consume doses of aspirin, ibuprofen or paracetamol that could be fatal.

What are the effects of codeine?

What are the risks of taking codeine?

Codeine can lower blood pressure and can suppress normal breathing, and so it can increase the risk of respiratory arrest (when you stop breathing altogether). There is more risk of overdose and death if you are mixing too much codeine with other drugs that suppress breathing such as alcohol, benzodiazepines like diazepam (valium), or other opiate drugs.

As with other opiates, taking very high doses of codeine during pregnancy may lead to withdrawal symptoms in newborn babies.

Codeine and the law

A small amount of codeine is in some medicines which can be bought without prescription but only in pharmacies. These medicines include cough syrups and tablets or capsules where the codeine is combined with other medicines, such as paracetamol, ibuprofen or aspirin, for treating headaches, period pain etc. Codeine-containing medicines carry warning on the packs about the risk of addiction and advice that the non-prescription medicines should only be used for up to three days at a time without medical advice.

If after reading this information you are concerned for yourself, a friend or family member, please contact us today to get help for a codeine addiction.

“All the staff and volunteers are amazing. The group sessions were fantastic – I learnt so much even in a short space of time. New Leaf literally saved my life – thank you from the bottom of my heart”

“I’ve got to be honest – I hated it when I first came in and started my detox! But I’m going away with nothing but gratitude and respect for New Leaf and what they have done for me”