At New Leaf, we understand how a cocaine addiction can take over your life and due to this, offer help and support for addicts at our rehab centre based in Birmingham.

We will tailor an innovative treatment programme that will address your needs— body, mind, and spirit. Your individualised drug rehab program might include detox (if combined with other dependency class substances), individual therapy, group therapy, family therapy and a wide array of other treatment services designed to ensure you receive the highest standard of addiction treatment and achieve a sustained recovery. 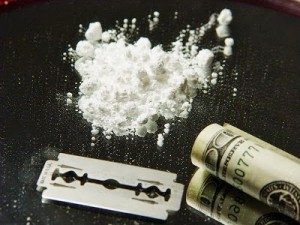 One of the most widely abused narcotics in the history of modern society is cocaine, which is considered the primary drug threat across the world. More than 15% of people in this country have used cocaine at least once—and nearly half of all alcohol/drug-related A&E visits are related to cocaine use.

Cocaine hydrochloride is a white crystalline powder. “Crack” is cocaine hydrochloride that has been refined with either baking soda or ammonia and water into a liquid “freebase” form. Cocaine, or “blow”, can be snorted in pure powder form, where it is absorbed by the mucous membranes, or it can be dissolved in water and injected. Crack cocaine is smoked.

With cocaine, the user experiences a euphoric high that heightens the senses, increases energy and mental alertness, and boosts confidence, making them feel more “alive.” This is because cocaine stimulates the brain’s pleasure receptors— dopamine and serotonin.

The effects of the drug can begin to dissipate within an hour, which triggers the desire to use again. This repeated activation of the brain’s pleasure receptors alters the brain’s chemistry so that it “remembers” that feeling of euphoria, and associates the drug with that feeling. As a result, the user believes the only way to achieve that sense of well-being again is to use more cocaine. Different forms of cocaine—such as crack—can be absorbed more quickly into the bloodstream. However, faster absorption also results in a shorter high.

Once the effects of the drug have worn off, the user experiences a “crash” which can lead to severe fatigue and depression, prompting the desire to use again as a way of treating the depression. However, with repeated use the body develops a tolerance to the drug, so more cocaine is required to achieve the same high. Additionally, since cocaine is a stimulant, users will often resort to alcohol or other drugs in order to “come down” or induce sleep when needed. 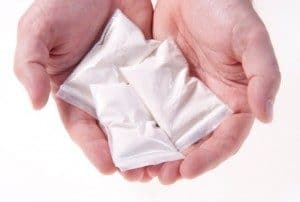 The physical effects of cocaine can begin to manifest even after the first use. Initially, the user may experience dilated pupils, a manic “rush” of energy, elevated heart rate, increased blood pressure, or fever. The effects of prolonged cocaine use include tremors, severe weight loss as a result of a decrease in appetite, constriction of blood vessels which could eventually lead to a heart attack or stroke, sexual dysfunction, respiratory problems, itching or a sensation of skin “crawling”, and even convulsions. Snorting cocaine can damage the sinuses and mucous membranes, causing nosebleeds and eventually a deviated septum. Repeated use severely impairs the central nervous system, the brain, and cognitive function.

Cocaine addiction affects the way the user processes information and handles interpersonal relationships. It can also lead to such severe eating and sleeping disorders that the user can no longer carry out the normal activities of daily life. So whether you need a cocaine detox or a form of cocaine treatment, we can help you.

If after reading this information you are concerned for yourself, a friend or family member, please contact us today to discuss our cocaine addiction treatment.