Ben had struggled in the grip of addiction for many years and had been in and out of treatment centres before coming to New Leaf in 2015. At this time New Leaf was a dry house and Ben was one of our first residents.

One of the first things many people have to tackle in their first stages of recovery is facing the consequences. Consequences can come in many different ways whether this is the impact on loved ones, physical/mental health or day-to-day living like someone’s ability to work. Ben was no different and his main consequences came in the form of legal issues.

When Ben came to New Leaf he had ongoing court proceedings due to his behaviour in active addiction, so he was supported in this part of his journey. For his first 6 months whilst at New Leaf, Ben travelled, along with his key worker, to and from court several times but unfortunately one day his key worker returned without him. Ben was sentenced to three and a half years in prison. There was every chance that Ben’s journey could have ended here but instead, he stayed in touch with New Leaf and support staff went out to visit him in prison.

Ben stayed clean whilst in prison so after being released having served 18 months he came straight back into New Leaf’s dry house to continue with his recovery. Ben’s return straight to New Leaf saved him from going back into his old environment where he had previously gotten into trouble and would have increased his risk of returning to old behaviours. Together Ben and his support workers worked on a plan for not just periods of abstinence and bouncing in and out of recovery as his previous patterns had been but instead a new life and to fully break the cycle.

As part of his plan, Ben was helped to develop his physical and emotional wellbeing and the idea of starting boxing was put to him. Along with another peer, New Leaf funded boxing training sessions for Ben. Although Ben admits he didn’t naturally take to the sport it gave him something to concentrate on and a sense of discipline. What Ben didn’t know at this point was that an initial wellbeing activity would be the sparks of a new life and career- “If I’d never gone to those sessions I would never have got into boxing”. Whilst mainly concentrating on his recovery and how to live a life free of drug use and chaos through embarking on a new spiritual path based around improving himself as a person, Ben joined the NA fellowship to build his support network in recovery and find a new way of living that involved changing everything instead of just putting down the substance.

As Ben’s recovery strengthened so did his passion for boxing and started competing in a few white-collar fights. Ben has now competed in 22 professional fights, won the midlands title and has fought on BT Sport and Channel 5.

Ben is now at a point in his life where he’s stopped counting the clean time. “In the beginning, there’s a lot of problems and just a bit of solution. Now I’m in recovery I have a new way of living and don’t get stuck in the overthinking anymore”. Whilst Ben’s life no longer revolves around solely the fellowship as it did in the beginning he still occasionally attends meetings but has a lot of friends in recovery so his support network is still strong.

Ben now works full time in a secondary school, counselling children with behavioural issues to help support the next generation alongside his professional boxing and also now starting his own family. “Organisations like New Leaf are the life and blood of recovery. Smaller independent settings are where you see recovery and the community.” New Leaf has gone on to sponsor Ben in his boxing. 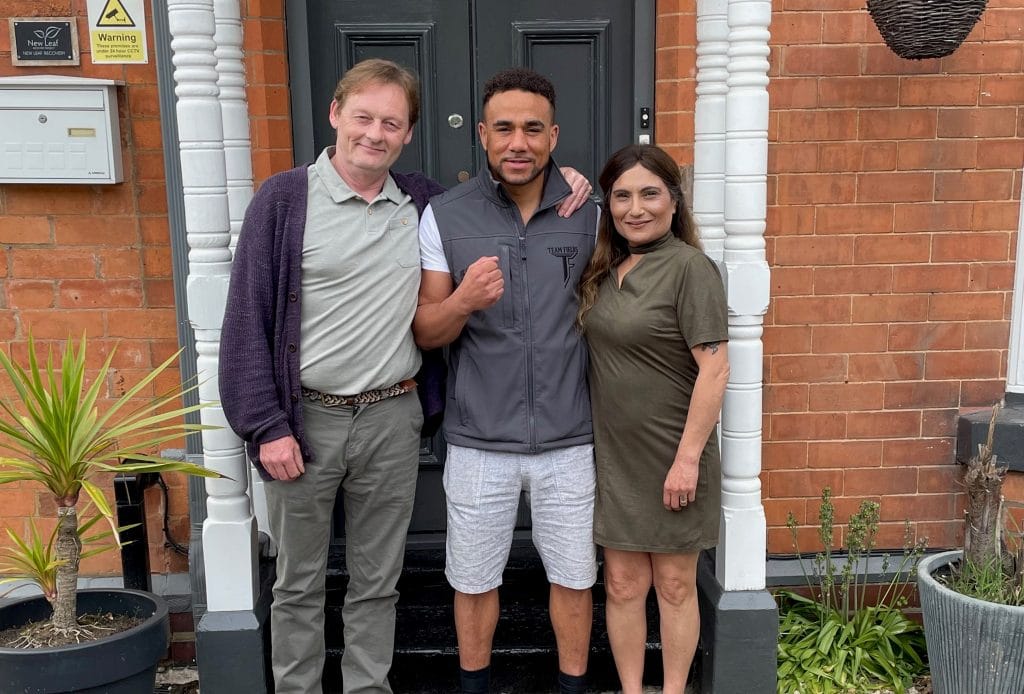 How Can New Leaf Help You?