The drug itself gives the end user a feeling of euphoria but can also result in ‘bad trips’ leaving them with unpleasant and often scary hallucinations. It can also cause paranoia, increased blood pressure and a racing heart.

Cocaine on its own can be snorted, smoked or injected. It can leave most users feeling happy, excited and confident. It also raises your body temperature, makes you feel sick and can make you paranoid. However, it can affect people very differently and some users become agitated, restless and arrogant. Over time, cocaine damages the cartilage in your nose, leaving regular uses with disfigured noses and one large nostril.

Ketamine on its own can be snorted, injected, swallowed (tablet form) or bombed (swallowing the powder wrapped in cigarette paper). It leaves people feeling chilled, relaxed and confused. It can also make you stop feeling pain which is dangerous in itself. Too much ketamine puts users in a ‘k-hole’ meaning their body and mind feel separated, with the user feeling so disorientated they are not able to do anything about it. It can also cause abdominal pain, sometimes called ‘k cramps’ by users who have been taking ketamine continually.

So, you can imagine the devastation it could cause if both were taken together. 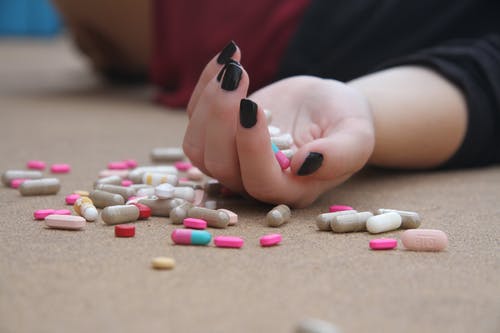 Facts about the Calvin Klein drug

Sadly, more and more young people are taking drugs and this can be for a number of different reasons; to fit in, curiosity, to experiment, to feel grown up or to simply feel good. Unfortunately, regardless of why someone takes drugs, it can lead to tragic results.

Sadly, in June of this year, 17-year-old Katya Tsukanova, lost her life after taking the Calvin Klein drug in London. She had been at a party with friends and had returned to the family home, where her father found her dead. After being rushed to hospital and despite attempts to revive Katya, she could not be saved. She was an exceptional musician and had given a concert at the Royal Opera House just days prior to her death. She had only recently turned 17 as well. Her father told The Telegraph that his daughter ‘had a bright future’, adding ‘she was such a smart girl, and she made one bad choice’.

Friends of the young girl explained the Calvin Klein drug had recently been sweeping through the London nightlife scene. They did point out that, worryingly, it was readily available anywhere.

New Leaf Recovery specialise in giving you the help and support you need to overcome any addiction you may have, including drugs or alcohol. Please contact us here to find out how we can help you or a loved one you may be concerned about. We have a team of dedicated staff on hand to help you on the road to recovery.