At New Leaf, we understand how a cannabis addiction can affect your life.

We tailor a bespoke treatment programme that will address your needs— body, mind, and spirit! Tackling a cannabis addiction in this manner is one of the first steps in getting your life back on track.  Your individualised drug rehab programme might include individual therapy, group therapy, family therapy and a wide array of other treatment services designed to ensure you receive the highest standard of addiction treatment and achieve a sustained recovery.

How cannabis addiction can happen 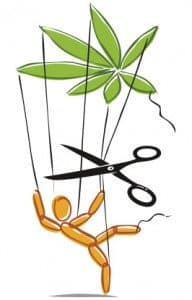 Cannabis (also known as marijuana) is the most popular recreational drug used in society today, and it knows no barriers in terms of age, race, sex, or social status. Over 40% of the UK population over the age of 12 has used cannabis at least once in their lifetime.

Cannabis is composed of a mixture of the stems, seeds and flowers of the cannabis sativa hemp plant. The primary method of use is smoking it as a rolled cigarette or “joint,” in a pipe, or in a water pipe known as a bong. It can also be ingested orally as a concentrated liquid in tincture form, or by cooking it in food or tea. Typically, the effects of the drug last longer with oral ingestion.

Cannabis is known by many names, such as marijuana, weed, dope, grass, pot, ganja and hash. There are also trademarked names for its many varieties, including blue dream, northern lights, etc. Hashish is a highly concentrated resin extracted from the bud of the female plant that is used either in clumps that are smoked alone or added to pot, or as a sticky, tar-like liquid ingested by itself or in beverages.

Although there are over 400 chemicals in a cannabis plant, the one responsible for altering brain function is THC or delta-9-tetrahydrocannabinol. Cannabis growers genetically enhance their plants to increase their levels of THC, making it even more powerful and addictive.

When cannabis is smoked, THC travels from the lungs into the bloodstream, carrying the chemical throughout the body to the brain. When it reaches the brain, THC binds to specific cannabinoid receptors on the nerve cells that influence pleasure, memory, concentration, coordination, and perception of time. This cellular reaction in the brain’s pleasure centres is what causes the high. THC also binds to the fatty tissues in the body and therefore can be detected in users for weeks after it has been used. 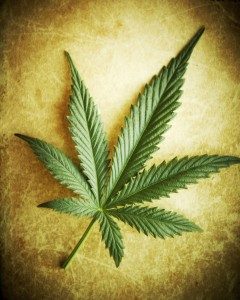 Part of cannabis’s widespread appeal is based on the misconception that it’s a “safe” drug.

Cannabis is a psychotropic drug, the effects of which can be mildly psychedelic. Although the high usually brings feelings of relaxation and sensuous pleasure, users may also experience extreme paranoia and anxiety. It’s also considered a “gateway” drug, which means it often leads to the use of other more dangerous drugs, such as heroin or cocaine.

Physical side effects of cannabis

In the short-term, cannabis causes reddening of the eyes, burning or irritation of the mouth and throat, suppression of motor control and loss of coordination, distorted perception, and increased heart rate.

Since cannabis contains 3-5 times the level of carbon monoxide than tobacco, it damages the lungs and respiratory tissues, which can lead to chronic bronchitis and even cancer. It also causes an increased risk for heart attack due to its effect on blood pressure and heart rate. Repeated use of cannabis can lead to infertility in females and a drastic decrease in sperm count in males.

Long-term cannabis use causes changes in brain pathways that are consistent with the use of other major drugs. The cumulative effect can impair one’s cognitive abilities, causing memory loss, difficulty concentrating or processing information, and lack of judgment. However, studies have proven that some cognitive abilities may be restored after discontinuing cannabis use.

Users can access cannabis rehab centres to receive tailored rehabilitation treatments, such as the ones we provide here at New Leaf.

New Leaf Recovery is a rehab centre based in Birmingham. We offer our services to individuals battling a range of addictions including cannabis addictions.

If after reading this information you are concerned for yourself, a friend or family member, please contact us today on 0300 999 0330 to find out more on our cannabis rehab.

Getting the right accommodation enables us to provide the right backdrop for our recovery methods.  Any form of rehabilitation needs to happen in a safe, comfortable, secure and friendly environment.