At New Leaf, we understand how heroin and/or opiate addiction can take over your life and therefore offer individuals private rehabilitation to overcome these addictions. We will tailor an innovative treatment programme that will address your needs— body, mind, and spirit— so you can get your life back on track.

Your individualised drug rehab program might include detox, individual therapy, group therapy, family therapy and a wide array of other treatment services designed to ensure you receive the highest standard of addiction treatment and achieve a sustained recovery.

How heroin addiction and opiate dependancy can happen

Opium, which is the dried sap harvested from the seed of opium poppy plants, has been used for thousands of years to treat and manage pain. Today, it can be used by itself or synthesized to create various types of opiate drugs. More than 15 million people worldwide use illegal opiates.

Opiates are the natural alkaloids found in the resin of the poppy seed. Opioids are the chemicals extracted from the resin. Commonly used opiates include morphine, heroin, codeine, subutex or subuxone, and methadone. Although some opiates are prescribed medically, they are also available as street drugs, which are non-regulated and therefore may contain harmful levels of toxic substances. While codeine is the most widely used opiate in the world, heroin is the most lethal, and the most abused. 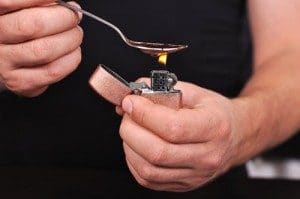 When an opiate enters the bloodstream, it activates the opiate receptors throughout the body. Once it reaches the brain, it binds to specific opiate receptors that affect pleasure and pain relief. The stimulation of these pleasure receptors causes greater amounts of dopamine to be released, producing a feeling of euphoria and contentment. However, the brain organically produces endorphins that activate these same opiate receptors, so prolonged opiate use can disrupt the body’s natural pain and pleasure response, which leads to dependency and addiction.

Heroin is usually taken by intravenous or intramuscular injection, and therefore penetrates the brain more quickly than other opiates, which is why many addicts prefer it to other forms. Although most opiates are prescribed in pill form, buprenorphine is taken sublingually and morphine can be used in patch form.

Opiates also significantly decrease respiratory activity. As a result, taken in excessive amounts they can cause a person to stop breathing. Since heroin is usually injected, it can lead to other serious health problems acquired through the transmission of blood-borne diseases, such as HIV/Aids or Hepatitis C. 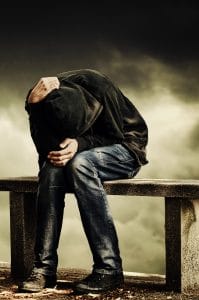 One of the most dangerous results of opiate use can be an accidental overdose. When used regularly for a prescribed period of time as a treatment following trauma or injury, opiates create a level of tolerance in the user. After prolonged use, increased doses are required to achieve the same results, causing the user to desire or use more than the prescribed dose. Additionally, what may be an acceptable dose under medical supervision for one user can be a lethal dose to a non-tolerant user, resulting in an overdose.

If after reading this information you are concerned for yourself, a friend or family member, please contact us today.

Getting the right accommodation enables us to provide the right backdrop for our recovery methods.  Any form of rehabilitation needs to happen in a safe, comfortable, secure and friendly environment.